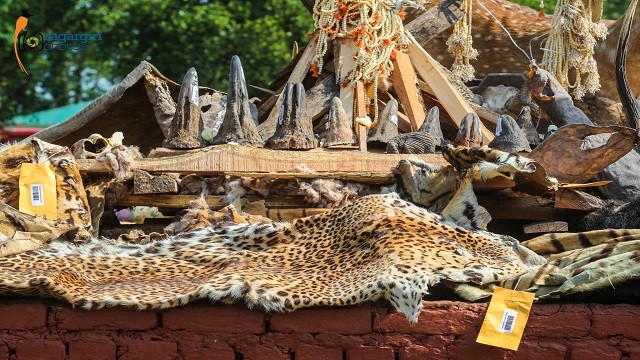 A 15 X 5 X 0.3 meter burning furnace using brick, clay and iron rod was constructed in an open space with good aeration to burn the huge stockpile considering the volume, nature and weight of the total stockpiles. It was ensured that the entire process of arranging and burning of wildlife stockpiles could be observed, photographed and filmed. The leftover ash was kept in a pit near to CNP headquarter and a monument will be built above the securely placed ash keeping basic information of wildlife stockpile.

This important event is a milestone in the history of biodiversity conservation in Nepal and message of zero tolerance against any form of wildlife crime as well as Nepal's deep commitment for biodiversity and nature conservation.