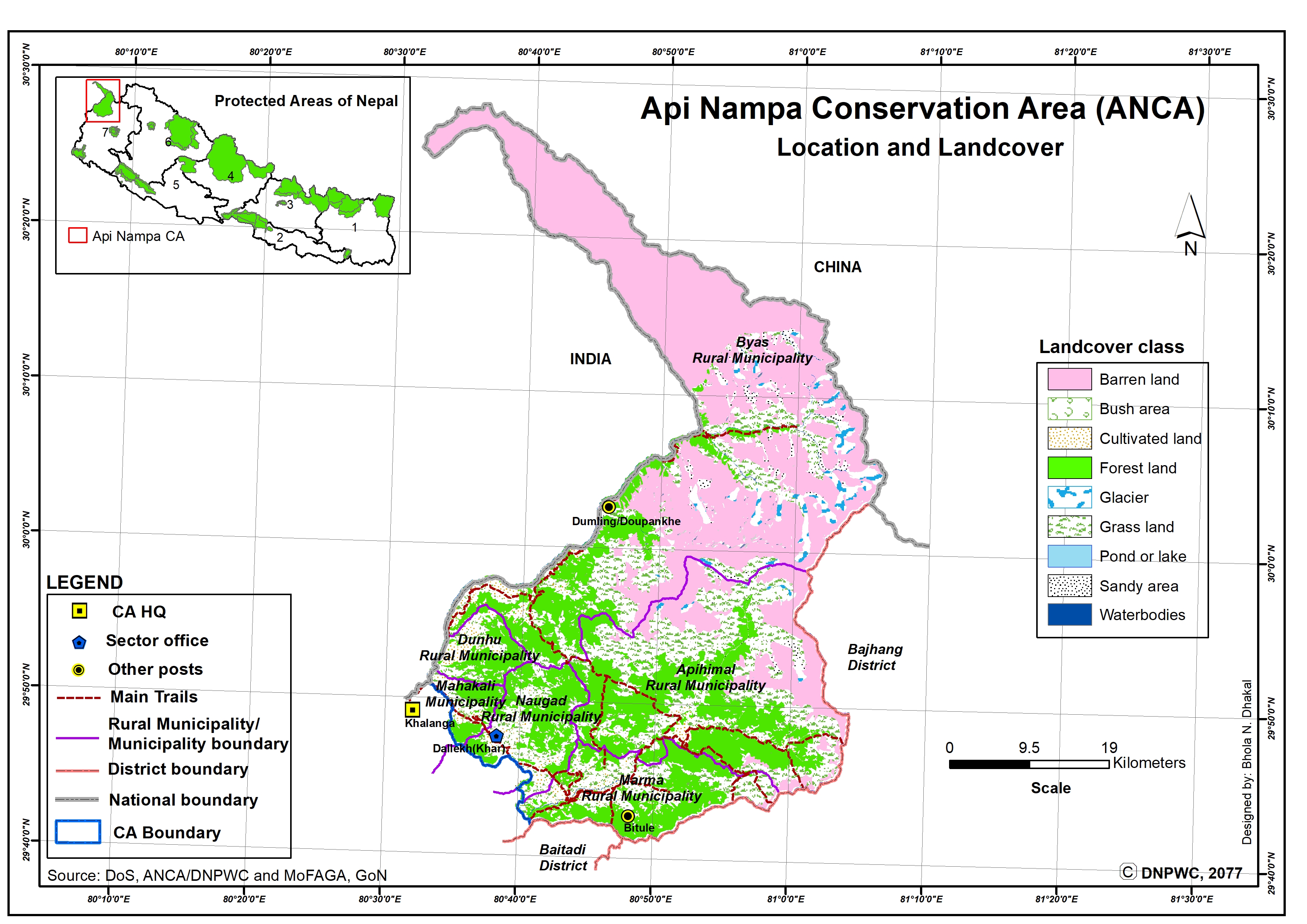 Goal
The goal of the Api Nampa Conservation Area is to conserve the unique flora and fauna, biodiversity, perpetuation of ecosystem of the northern part of the district and to contribute reducing poverty of this region.

Climate
The climate of the area is generally characterized by high rainfall and humidity. The climatic condition varies along the elevation gradient. Climate of the ANCA varies widely from sub tropical to alpine. In the north, most of the parts remain under snow having alpine climate. In the Southern part and valleys the climate is subtropical. Mid- hills has temperate type. The average maximum temperature is 18.60C and the minimum temperature is 7.70C.
Eighty percent of the total rainfall during the four months of the monsoon, from June to September. All areas experience very high rainfall intensities, ranging between estimates of 125-350 mm for a 24 hour period.
Within its elevation range of 1800m to 6500m there are limited subtropical valleys in the southern margin although most of the area is ecologically temperate or highland. A cold, generally dry climate exists in the high alpine valleys just north of the southern arm of the Himalaya that cuts across the bottom of Darchula.

Wildlife
Due to diverse climatic condition and altitude variation many prime habitats of wildlife exists in ANCA.

How to Get There
You can take bus from Kathmandu to Dhangadi or take the daily fl ight. From Dhangadi, bus service is available to the Api-nampa Conservation Area HQ at Darchula. Bus services are available to Dharchula, India from Delhi capital city of India. You will be in the Conservation Area soon after crossing the Mahakali river which makes an international border between Nepal and India.

Facilities
Be advised to carry a comprehensive fi rst-aid kit. There are no more medical facilities in remote villages. Cell phone may be available over the ANCA. Moderate hotel accommodations are available but warm clothing would be benefi cial to keep you warm in higher altitudes.